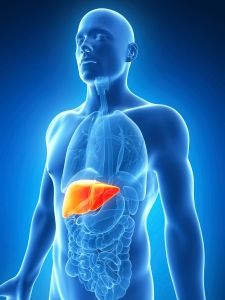 The infection is often asymptomatic, but chronic infection can lead to scarring of the liver and ultimately to cirrhosis, which is generally apparent after many years. In some cases, those with cirrhosis will go on to develop liver failure, liver cancer, or life-threatening esophageal and gastric varices.

HCV is spread primarily by blood-to-blood contact associated with intravenous drug use, poorly sterilized medical equipment, and transfusions. An estimated 150–200 million people worldwide are infected with hepatitis C. The existence of hepatitis C (originally identifiable only as a type of non-A non-B hepatitis) was suggested in the 1970s and proven in 1989. Hepatitis C infects only humans and chimpanzees. It is one of five known hepatitis viruses: A, B, C, D, and E.

The virus persists in the liver in about 85% of those infected. This chronic infection can be treated with medication: the standard therapy is a combination of peginterferon and ribavirin, with either boceprevir or telaprevir added in some cases. Overall, 50–80% of people treated are cured. Those who develop cirrhosis or liver cancer may require a liver transplant. Hepatitis C is the leading reason for liver transplantation, though the virus usually recurs after transplantation. No vaccine against hepatitis C is available. About 343,000 deaths due to liver cancer from hepatitis C occur in 2013 up from 198,000 in 1990. An additional 358,000 in 2013 occurred due to cirrhosis.