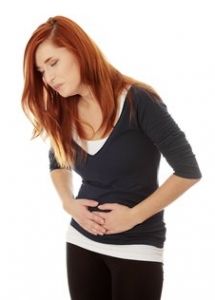 Crohn’s disease, also known as Crohn syndrome and regional enteritis, is a type of inflammatory bowel disease (IBD) that may affect any part of the gastrointestinal tract from mouth to anus. Signs and symptoms often include abdominal pain, diarrhea (which may be bloody if inflammation is severe), fever, and weight loss. Other complications may occur outside the gastrointestinal tract and include anemia, skin rashes, arthritis, inflammation of the eye, and tiredness. The skin rashes may be due to infections as well as pyoderma gangrenosum or erythema nodosum. Bowel obstruction also commonly occurs and those with the disease are at greater risk of bowel cancer.

Crohn’s disease is caused by a combination of environmental, immune and bacterial factors in genetically susceptible individuals. It results in a chronic inflammatory disorder, in which the body’s immune system attacks the gastrointestinal tract possibly directed at microbial antigens. While Crohn’s is an immune related disease, it does not appear to be an autoimmune disease (in that the immune system is not being triggered by the body itself). The exact underlying immune problem is not clear; however, it may be an immunodeficiency state. About half of the overall risk is related to genetics with more than 70 genes found to be involved. Tobacco smokers are two times more likely to develop Crohn’s disease than nonsmokers. It also often begins after gastroenteritis. Diagnosis is based on a number of findings including biopsy and appearance of the bowel wall, medical imaging and description of the disease. Other conditions that can present similarly include irritable bowel syndrome and Behçet’s disease.